What Veterans Need This Memorial Day

The time is right for veterans with brain injuries to receive HBOT.

During Christmas of 2001, my wife and I were plunged into a parent’s worst nightmare – a car accident resulting in our teenager’s traumatic brain injury. After a month-long coma, Bart gradually emerged with disabling cognitive, emotional, and physical deficits. Eight months of grueling hospital therapies and the verdict is in – Bart is not ready to return to a classroom and would be better served by placement in an institution. We railed against warehousing our seventeen-year-old son in a convalescent home and fought to win Bart a chance to struggle, heal and make progress. Then we began exploring non-conventional therapies.

My wife and I cobbled together an unofficial ‘medical board’ of trusted physicians. ‘Members’ didn’t know each other or that they served on a ‘board.’ When we found a promising alternative therapy, we’d ask each of them whether he thought it might do any harm. Some exciting approaches failed this Hippocratic test. Others, like hyperbaric oxygen (HBOT) craniosacral therapy, neurofeedback, and mega-doses of omega-3 fish oils, were remarkably successful, gradually transforming Bart’s life prospects. A lot was riding on it. Bart had been allowed to return to school provisionally, but for half-days, in special education classes, and accompanied by a dedicated aid to assist in class and assure safety. Every half hour or so, he’d fall asleep, nodding off midsentence. We jokingly referred to these as ‘power naps.’ Humor is a vital part of the healing process, and we’ve clung to it like a life preserver. But sleeping the day away was no laughing matter. If he failed to keep up in class, Bart would be removed from the high school. An extreme extrovert, he desperately needed to be around familiar faces, among people who loved him, to have even a fighting chance at recovery. Imagine our excitement and relief when after only four sessions of HBOT, he was able to make it through the entire day without a nap! Successes were anecdotal, but a neuropsych exam several years after the accident reported that the examiner had hardly ever seen such improvement in someone so severely injured. 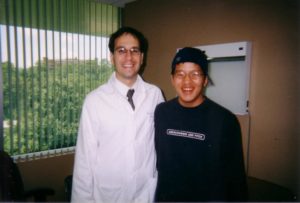 Today, with high school and even a semester of college under his belt, and a couple of years of cognitive reintegration therapy, Bart is a lively, charming young man, living nearly independently in his own apartment, with a part-time job, new friends, and has moved on. How different the outcome had we heeded the advice of well-meaning busy bureaucrats.

For survivors of severe TBI, safe alternative therapies are not merely a reasonable option; they are often a necessity. But, unfortunately, best practices of conventional medicine only take us so far, usually ending at the nursing home door or heavily medicated at home, facing long, empty hours and overwhelming families.

TBI will remain a tragic legacy of wars in Afghanistan and Iraq for a generation. According to the Woodruff Family Foundation, there are 320,000 TBI survivors among combat veterans! The sheer weight of numbers and astronomical costs of life-long care for the wounded present a unique opportunity to improve outcomes for TBI survivors, military, and civilians.

HBOT, like the others therapies that helped Bart, is relatively safe, inexpensive, easy to deploy, and quickly scalable. One could outfit and staff 100 TBI treatment centers in existing State, VA, or DOD facilities for a few hundred million dollars. Technicians can be trained to deliver HBOT in months; a medic, corpsman, LPN, or EMT are suitable job candidates. After wounded veterans have been treated, centers could migrate to the civilian sector, serving the broader fellowship of TBI survivors. (5.7 million disabled persons, according to the CDC). Thousands might leave nursing homes or cut back on their meds and live more fulfilling lives.

Scientific proof is rightly the gold standard in medicine, but in its absence, what risk is there in trying alternative therapies with long records of proven safety and mounting evidence of effectiveness? Unfortunately, one bar stands squarely in the way – FDA approval. Costing tens of millions, the FDA approval process effectively precludes alternative therapies from gaining traction– regardless of efficacy. Yet HBOT has been used safely by divers to avert ‘the bends’ for decades and is already approved to treat burns and a dozen other conditions. Ironically, a vet with a diabetic ulcer on his big toe can get HBOT in a heartbeat, but if he has a severe TBI, no such luck.

Some folks still believe that HBOT’s success is due to a placebo effect. A couple of flawed VA studies seemed to support that view, but the investigators never designed a genuine control group, so their conclusions are muddled. One of the original VA investigators has since more or less admitted as much. Taking the VA results at face value, the FDA subsequently issued a warning to physicians and the public against using HBOT for neurological conditions. Here in the U.S., this has set back hyperbaric medicine for years.

A series of recent Israeli studies –randomized, prospective cross-over controlled trials– demonstrated HBOT’s effectiveness in treating TBI, stroke, and other anoxic brain injuries. In light of these studies, the Israeli Defense Force made HBOT part of its standard of treatment for most brain injuries (2015). Clinical trials currently underway in the US include those in New Orleans under Dr. Paul Harch and Florida under Dr.Barry Miskin; both use similar top-tier designs and are beginning to replicate the Israeli results.

Quite recently, there has been a steady stream of corroborating studies: Dr. Wolf’s study indicated a link between HBOT, production of increased stem cells, and improved cognition; Dr. Paul Harch found HBOT was safe and significantly effective for veterans with mild to moderate TBI PPCS with PTSD years post-injury; An Israeli study showed that hyperbaric oxygen therapy could induce angiogenesis (generation of new blood vessels) and regeneration of nerve fibers in TBI patients, even decades post-injury. So, with a steady drumbeat of evidence, will the VA, DOD, and Tricare take notice and allow for treatment of servicemen and women and veterans off-label? 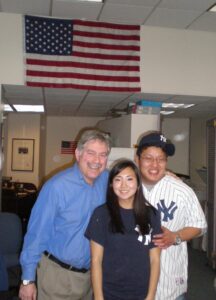 Obstacles to adoption seem to be bureaucratic. Doctors, hospitals, and insurers have yet to sort out reimbursement protocols without FDA approval. Still, grass-roots movements are emerging – the Patriot Clinic Movement and Treatnow.org (which just formed a partnership with the Stram Center for Integrative Medicine in upstate New York) both coordinate nationwide networks of clinics that offer free HBOT to injured vets. In addition, Texas, Indiana, Arizona, North Carolina, and Florida are following Oklahoma’s lead in providing free access to HBOT for veterans who are survivors of TBI.

To ignore safe alternative therapies is to make a decision fraught with risk since survivors are already more liable to several conditions, including Alzheimer’s, Parkinson’s, suicide, and subsequent TBIs. The financial and human cost to survivors and families is vastly more significant than the cost of this safe, modest proposal. Faced with such an existential dilemma, our family chose to try for a better outcome. Military families of wounded heroes, who have already sacrificed so much, deserve no less.