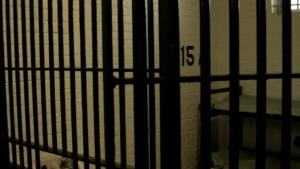 New research findings by Dr. Kim Gorgens of the University of Denver estimate that 50-80% of America’s prison population has had a traumatic brain injury (TBI). The statistics are worse for incarcerated women, with the study finding 97% have had a TBI and half have had multiple.

Gorgens, who has been speaking out about this issue for the last few years believes the research shows that TBIs can impact someone’s ability for self-regulation, judgment, reasoning, and problem-solving, and that can lead inmates to re-offend once they are out of jail, she says.

Along with two former inmates, a campaign called Rebuild Your Mind was launched with the intention of getting the word out about TBIs and mental illness to communities where they are not normally talked about. They’ve taken their mission to the Colorado State Capitol, with the hopes of changing policy across the nation.

They helped create a new law that mandates neuropsychological exams for inmates once they get sentenced. If a mental illness or brain injury is detected, psychologists make two plans: one for prison staff to manage the inmate and the other for the inmate on how they can better themselves, all with the hope of reducing recidivism.