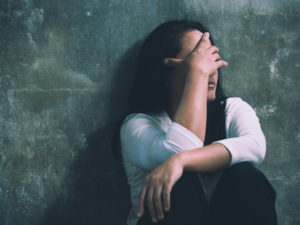 The BART Foundation’s mission is to promote better outcomes for brain injury survivors by answering three questions – which alternative therapies are likely to work, where can they be found, and how can they be afforded? One of the ways we fulfill our mission is by carefully watching global research and clinical trial outcomes and sharing that information, in user-friendly language, to the TBI/ABI community.

Titled “Identifying the Cognitive, Psychological, and Neuroimaging Signatures of Head Trauma in Female Survivors of Intimate Partner Violence,” the five-year grant has been awarded $4 million. The goal of the study is to understand how long the women were exposed to the trauma, what the mechanisms of the trauma were, and how the study subjects fare as they age.

“There is a growing emphasis in the clinical neurosciences that we need to represent sex as a biological variable,” said Frank Hillary, Penn State professor of psychology and one of the project’s principal investigators. “There are hormone differences, brain structure differences, and other differences between men and women that up to now haven’t been considered in studies related to head trauma. Even in animal models of traumatic brain injury, studies have historically focused on males or even treated ‘femaleness’ as a confound. This has led to significant problems with translation because, obviously, half of the population is not male. NIH has recently made it explicit that you have to look at sex as a biological variable that can influence the outcome of your research.”

For Hillary, who has been studying the brain and brain injuries for more than 20 years, this is a significant and long-overdue shift. The research team will work with women’s centers to identify and invite approximately 200 women — none of whom are in a current aggressive or violent relationship — to be part of the study. The women will take part in structured interviews and be given the opportunity to tell their stories, after which they will be given a series of cognitive tests followed by magnetic resonance imaging tests to examine brain structure and function. The investigators will follow the women over time to understand the long-term impacts of the head trauma.

The full-length article can be accessed on the Penn State University website.