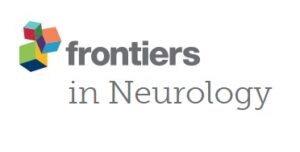 The BART Foundation’s mission is to promote better outcomes for brain injury survivors by answering three questions – which alternative therapies are likely to work, where can they be found, and how can they be afforded? One of the ways we fulfill our mission is by carefully watching global research and clinical trial outcomes and sharing that information, in user-friendly language, to the TBI/ABI community.

The following is a segment of the results section of the article as published on the Frontiers in Neurology website:

Eleven studies were included: six randomized trials, one case-controlled study, one case series, and three case reports. Whether analyzed by oxygen, pressure, or composite oxygen and pressure dose of hyperbaric therapy statistically significant symptomatic and cognitive improvements or cognitive improvements alone were achieved for patients treated with 40 HBOTS at 1.5 atmospheres absolute (ATA) (four randomized trials). Symptoms were also improved with 30 treatments at 1.3 ATA air (one study), positive and negative results were obtained at 1.2 ATA air (one positive and one negative study), and negative results in one study at 2.4 ATA oxygen. All studies involved <75 subjects/study. Minimal bias was present in four randomized trials and greater bias in 2.

Hyperbaric Oxygen Therapy (HBOT) is one of the safe, alternative therapies the BART Foundation believes may help brain injury survivors. Perhaps if HBOT becomes more widely accepted as a treatment option, TBI/ABI/PCS survivors will be able to gain better access to this life-changing treatment